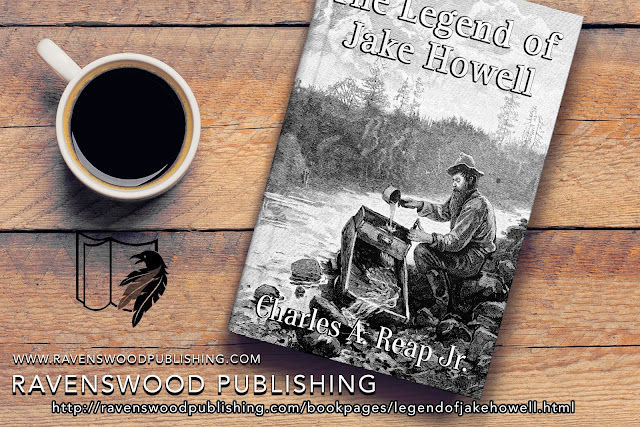 
About The Author:  Charles A. Reap Jr. 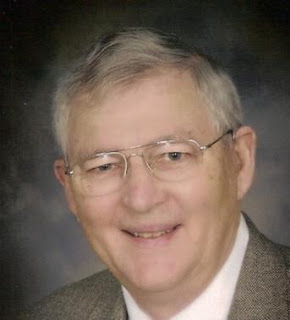 
About The Novel: The Legend of Jake Howell 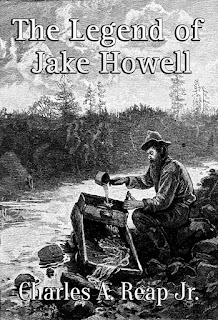 BOOK SYNOPSIS: When he picked up that shiny stone from the small stream, nine-year-old Jake Howell would not have believed that it would trigger America's first gold rush and that he would become one of the world's richest and most admired men.

Names, characters, and incidents depicted in this book are products of the author's imagination, or are used fictitiously. Any resemblance to actual events, locales, organizations, or persons, living or dead, is entirely coincidental and beyond the intent of the author or the publisher.

All rights reserved. No part of this book may be reproduced or transmitted in any form or by any means whatsoever, including photocopying, recording or by any information storage and retrieval system, without written permission from the publisher and/or author.

Paperback orders can be made through Amazon
http://www.createspace.com


The Legend of Jake Howell

March 1803
Jake and his dog, Frisky, had been out on the hunt for nearly four hours, but it had been a frustrating day for the stocky nine-year-old. Much hard labor on his father’s farm had already finely tuned his muscles. Earlier that morning Jake had roamed cautiously through the snow-covered forest, where he had checked each of his rabbit traps and found nothing. He was disappointed that he had shot only three squirrels.


Although the weight of his father William’s Kentucky long rifle tested Jake’s muscles, his father had been a stern taskmaster. “Now Jake,” he had said, “Brace against a tree or rock, aim real careful like, take a deep breath, then shoot. Be sure you squeeze the trigger slowly.” Jake had often been reminded to handle his father’s inherited rifle with extreme care because the cost to buy a new one would have been well beyond William’s financial ability.  Usually Jake was an accurate marksman, but this just wasn’t his day. There was a stiff wind blowing from the southwest. He was happy that at least the sun was out, with only an occasional wisp of cloud overhead. Much of last week’s snow was melting and exposing rich moist earth.
Perhaps his missing five other squirrels this day was caused by his pique and frustration. He was somewhat angry that his father had sent him into the forest to “bring home some meat.”
“Why didn’t pa come out here himself,” Jake said to Frisky. “Seems to me I could have tended to chop that firewood instead of him doing it.” Frisky flicked his ears and chased off after a hawk that he had spotted circling closely over a dead field mouse.
Jake knew that if he didn’t bring home at least a few rabbits, squirrels or perhaps a small deer, it would mean more biscuits and molasses for tonight’s supper as well as the next day’s meals. Jake thought to himself, I’m tired of molasses and biscuits. Although he felt like his mother was a good cook, he’d had the same boring meals for two straight days. They’d eaten the last bit of chicken day before yesterday, and his pa had decreed that no more chickens could be killed until the biddies had grown to full size. Maybe if he caught enough today, he could stay around the house and play with Frisky without all the grown-up pressure of having to go out and try to find meat for the family.


Stealthily following some faint deer tracks around a rise, a flash of light suddenly caught his eye, causing him to halt and peer toward the brightness. Holding his gloved hand over his eyes, he soon spotted it. There! The sun’s rays were reflecting off a shiny piece of rock lying in a shallow stream. The stone was about two inches by one inch in size, with irregular surfaces. Along one side was a thin strip of shiny yellowish matter. Jake was all too familiar with rocks and stones of various kinds. Certainly, his plow had hit many of them. It looked interesting to him because having grown up on a dirt farm and even by the tender age of nine, he had spent many hours working behind a mule. This was helping his father clear land and plowing. But this one was different from any he had ever seen before. He tugged off a glove, stooped over, grasped it, and swished it back and forth in the trickle of water, then brushed it off on the opposite arm of his woolen short coat.


Jake could not at this moment even begin to fathom how this small rock would change not only his life but a multitude of others. Gold? Dadburn, Jake thought to himself, I’d swear I’ve found a gold rock! Pa’s told me about something called fool’s gold, and I know this ain’t that stuff. Excited and exhilarated he knelt down, carefully laid the rifle aside, and brushed the areas of the snow-covered ground back and forth searching for more gold rocks. But to his disappointment, he found none. After a few minutes, he put the new discovery in his pants pocket, re-donned his glove and called out, “C’ mon Frisky. Let’s go on home. That deer’s long gone by now.”

On his way back home Jake thought, Gold on this old dirt farm. This rock I found’s probably worth a big bunch of money. Maybe I won’t have to live on a darn old farm like we do now.


“We’re home, Mama. Frisky and I had a pretty good time today, but I couldn’t shoot no deer. I did get three squirrels, though. Here,” he said as he handed them to his mother. He offered apologies for not having brought more. “Hey, where’s pa? I wanna show him something.”


“Thank you, son. Now we can have some meat for supper. Your father’s not feeling well tonight. A piece of firewood flew up and gave him a pretty good smack on his head today so he’s lying down. Why don’t you go tell him how your hunting went. Three squirrels—that’s good, son. That ought to make him feel better.”


So Jake brushed aside the cloth serving as a privacy curtain and went into his parent’s tiny bedroom.


Jakes’ father slowly raised his head from the filthy pillow. “Yeah, I’m awake. Come on in son. What do ya want?”


“Pa, I didn’t do as well as I wanted to today. None of the rabbit traps had snagged anything, but I did shoot three squirrels. Mama’s cleaning them now and she’s gonna fry us up some for supper. Do you think that’ll make you feel better?”


“That sounds really good to me even if that’s all ya got, Jake.” He reached out with his heavily calloused hand and patted Jake on the head. “You’re a fine boy.”


“Hey pa, I want to show you something that I found this afternoon.” The youngster reached in his pocket and brought out his prize. “Look pa. I found it in a little crick over toward the Howden’s place. I think it’s gold.”


William sat up on one elbow and held out a hand. “Here boy. Lemme look at it.” Jake gave the rock to his father, who examined it as carefully as he could in the dim light of the whale oil lamp in the windowless bedroom.


Finally, he said, “I’m sorry, Jake, but with this knot on my head and hurtin’ the way I do, I really can’t see it clearly. Maybe by daylight in the morning, I can have a better look at it.”


“I looked around a little bit, but didn’t find anymore,” responded Jake.”

Write Now Literary is pleased to be organizing a two-month book tour for Failure Is Not the Problem… It’s the Beginning of Your Success by George Milton. The book tour will run from November 2- December 31, 2020.   Book Title: Failure Is Not The Problem… It's The Beginning of Your Success          Genre:          Nonfiction/Leadership/Self-Help ISBN-13: 979-8617682412                            Meet George Milton      George Milton is the CEO of Failure Is Not The Problem, LLC, a consulting company that specializes in leadership development and training, life coaching, and motivational speaking. He is a United States Army Retired, Colonel who has over 30 years of experience as an internationally known Communicator, Coach, Mentor, Trainer Intuitive Counselor, Teacher, Inspirational Speaker, TV Co-Host and Author. George connects with people of all ages on all levels. He is a former University Assistant Professor who has extensive experience working with the federal government b 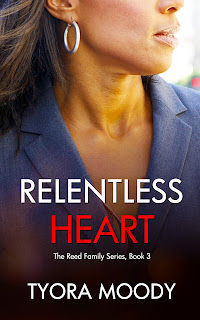 Meet A Crime Fighting Family Thank you, Arlena for hosting me on your blog today. I want to thank your readers for stopping by today to learn about the Reed Family. Currently there are three sisters featured in three novellas, Broken Heart , Troubled Heart , and Relentless Heart . Today, I want to introduce you to the family so you can see why they're known as the crime fighting family. The Reeds include five siblings who are constantly tested in their daily work as well as their personal relationships. As with many of my novels, I wanted to explore how they embrace their faith as they fight to put away criminals. Former Police Chief Justice Reed has long since retired from Charlotte-Mecklenburg Police Department, but his children are taking his legacy beyond where he could have ever imagined. Him and his wife, Vanessa Reed, are proud parents and trying to enjoy life after years in law enforcement with Justice being forced to retire due to a shake-up in t